The origional radio rocket is basically at a point where it is ready for its ‘POC/Minimally Viable Product’ launch. Unforuntetly, before I can launch it though, I ned to wait for the corn in the field to be harvested. As I pondered things while waiting, and considered what I had lerned from the initial build, a couple things jumped out at me that made me decide to just go ahead and start building version 2, instead expanding on version 1.

The most obvious solution, was to start designing around a new rocket. At a high level, most of these learning can be addressed with a fairly ‘simple’ redesign.

Firstly, build for minimum diameter. In rocketry this basically means the smallest diameter airframe that a motor can fit in. To meet my goal of being able to do both low power and high power, it made the most sense to design around a 38mm diameter motor (a standard size for G through J size engines) and then also have an adapter to be able to stick 29mm diameter motor’s in it as well (the standard size for E thorugh G engines).

At that dimater, I basically was going to build skinny and long, so I picked controllers and breakouts that could be laid out ‘lengthwise’. With the sled being long, this also lets me put the magnetometer at one end, and transmitters/antenna’s at the other, to maximize the distance between the two.

I also went to a smaller 3.3v LiPo battery, and designed around 3v logic to eliminate weight and extra components needed for voltage buck/boosting.

The first chunk of work was on the breadboard, to get the new hardware working: 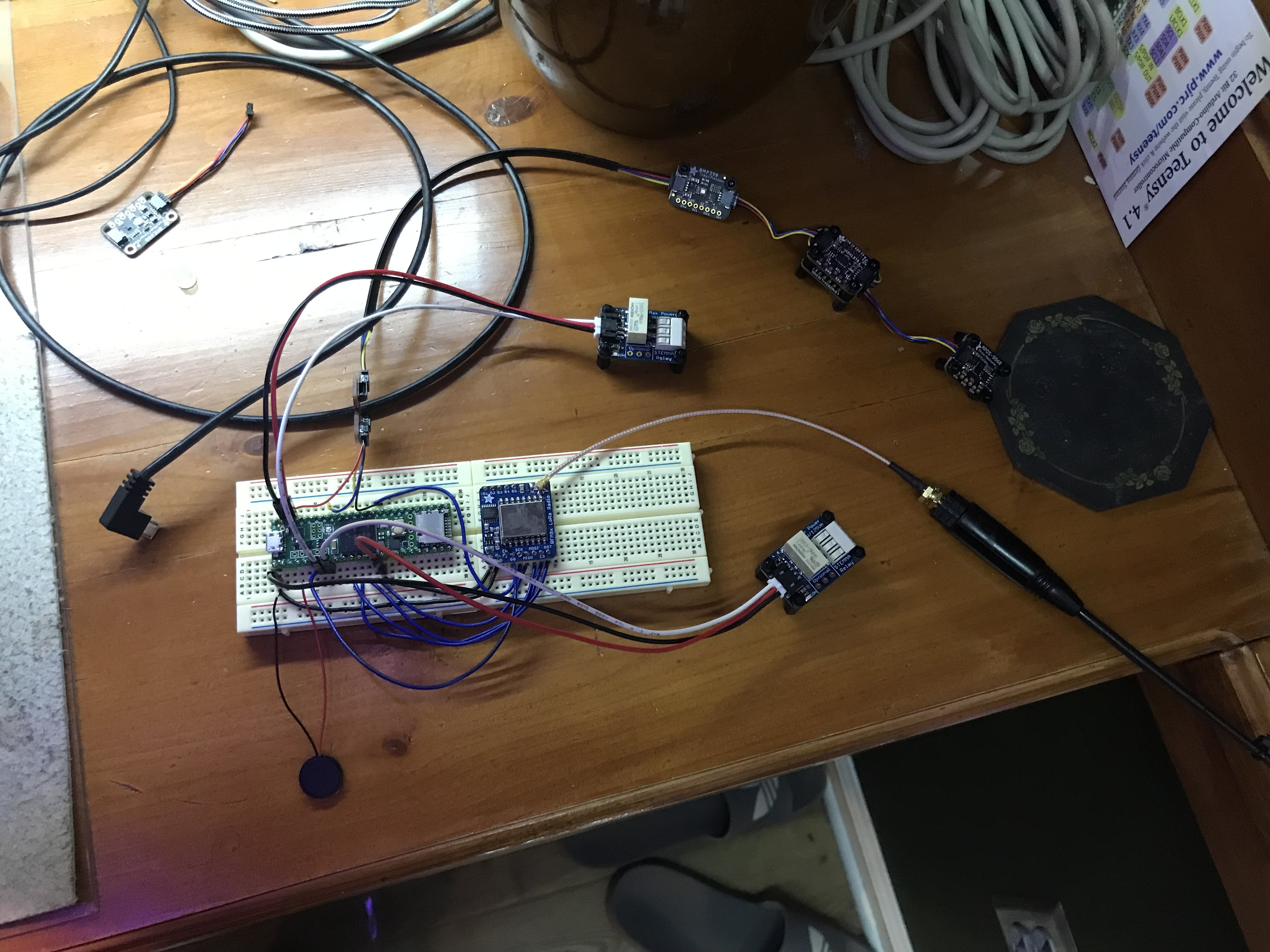 Next I mounted everythign up on the hardboard that makes up the base of the ‘sled’: 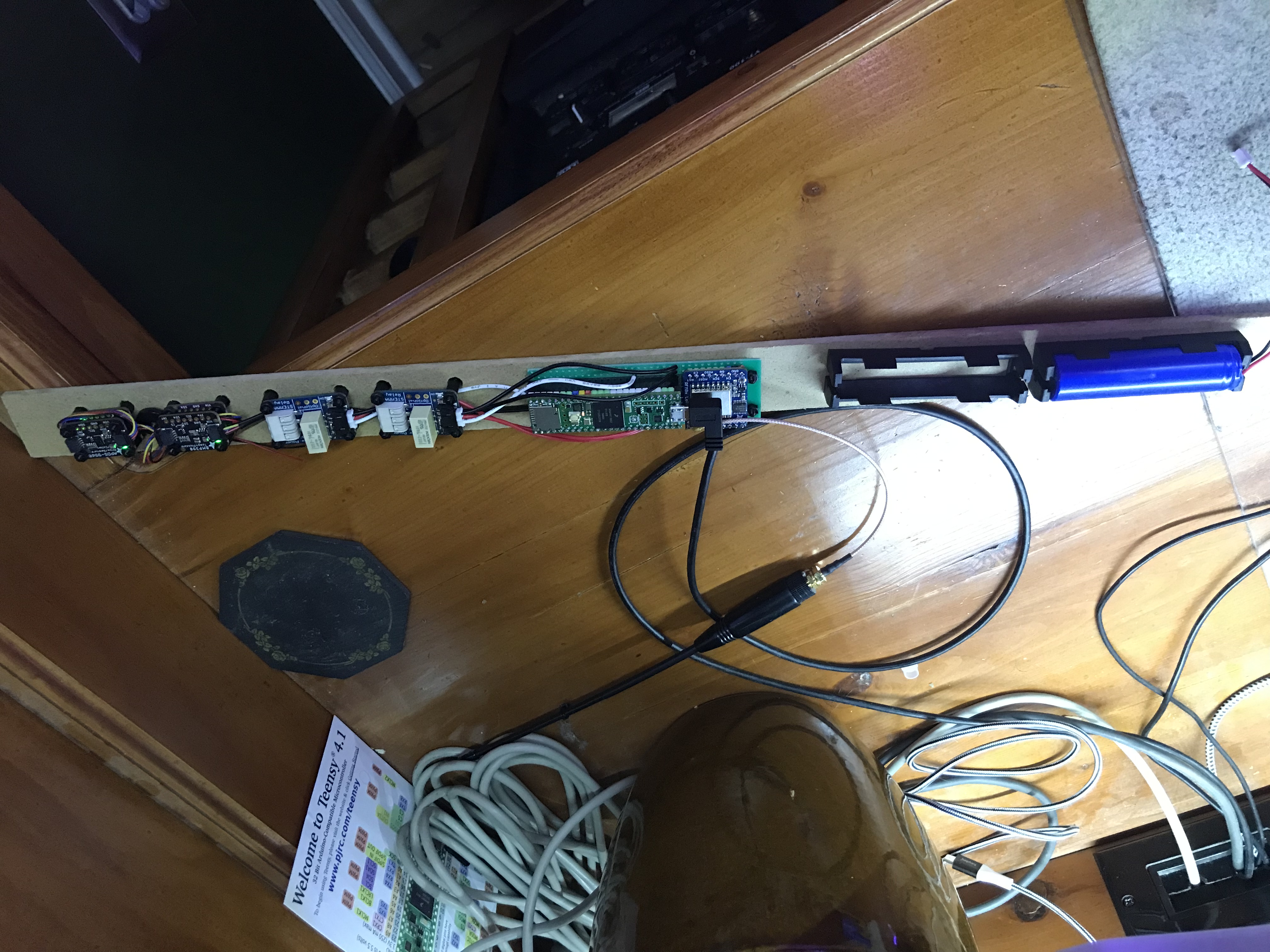 Lastly, it was time for a test fit inside the tube that will house this new, narrower, electronics package:

Less Than 24 Hours Till Launch